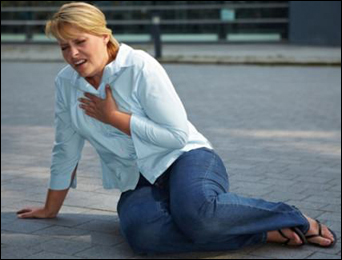 Asthma is usual continuing inflammatory syndrome of respiratory system. It is described by inconstant and repetitive symptoms. A person suffering from asthma faces problem while breathing because there is a blockage in respiratory system. In this condition the breathing channel narrows and swells and extra mucus is produced. This gives rise to breathing problem and causes coughing and wheezing. Asthma increased in 1970's in a significant manner and today it is one of the most defenseless diseases because it is incurable.

Asthma is generally a lung disease. The main causes of asthma are as follows:

These herbs are taken in use by Planet Ayurveda to prepare a combo pack - Asthma Care Pack. It is a best herbal remedy for asthma. It cures chronic conditions of asthma. The best thing about it is that it has no side effects and there are no artificial chemicals added to it.

It is a best way to cure the symptoms of asthma herbally. This capsule is made with the oldest herbs and has magical properties. It is the best anti allergic medicine in its class. It eradicates the problems from its roots and provides relief in a few days. This medicine is totally natural and has no side effect. It also have skin cure tendency and this is an extra feature of the capsule. All the herbs are combined in such a manner that they provide a satisfying effect in allergies.

This churna is a remedy for asthma and it is being used in Ayurveda for years. It cures breathing tract problems and bronchitis. It is also helpful i treating cough, bleeding and in breakdown of mucus plugs. It is a best antibiotic and antibacterial remedy for all sort of asthmatic problems.

These capsules contains ursolic acid and are insulated with Tulsi leaves. These capsules prevent granulation and reduce discharge of histamine. The oil of the Tulsi leaves and the seeds possess anti asthmatic tendency which is helpful in treating the problem.

Shwash Kuthar Ras is a Herbo mineral classical formulation. This formulation is really effective in almost all the respiratory problems but has it's best result in Asthma.

These natural medicines help in curing asthma in an effective manner. Asthma treatment in Ayurveda is quick, stable and provides relief in severe situations and provides a better and proper relief from asthma.