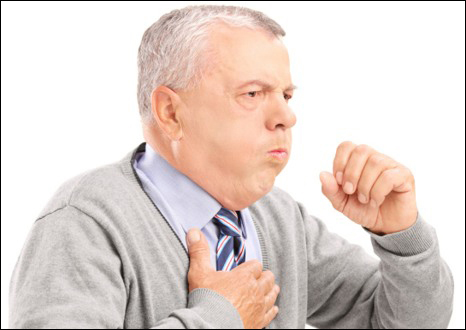 According to the Ayurveda, Kasa (Cough) is of Five Types:-

Chronic bronchitis is chronic inflammation (swelling) of the bronchus (see diagram) and air passages. This disease is more common in damp and cold conditions. Mucus (phlegm) collects and adheres to the bronchial tubes and irritates the throat.

Cough is the chief feature of this disease. Cough can be dry or productive (with mucus). The patient has difficulty in expelling mucus. Sometimes the condition resembles with bronchial asthma. According to the Ayurvedic concept if cough is not cured properly, it can lead to asthma. Loss of appetite and fever is also encountered in advance cases.