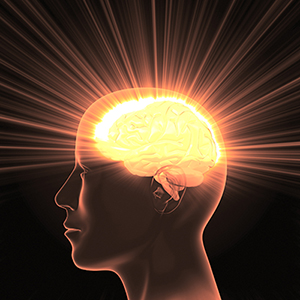 Brain is an engine of human body. All the functions of the body are controlled and maintained by the brain. Memory is a part of brain meant for the storage of information. This information can be recalled whenever it is needed. If we talk about low memory or poor memory, it really means poor recollection. The term recollection means the retaining the content in the memory. The recording in the memory should be done properly, then only the recalling is possible. There can be many reasons behind the lapse of memory or low memory. In some cases the reason of weak memory can be because of some brain diseases which can disturb the routine life, which should not be avoided.

There are lots of factors responsible for the low memory:-

The working of our memory depends upon the chemical named neurotransmitters. The imbalance in this chemical can lead to the disturbance in memory status. The diet is important factor to heal this problem. The specific and concentrated combination of nutrients are required to nourish it. Also some fats (omega-3 fatty acids) help neurotransmitters to conduct nerve connection.

The maximum heath related problem originated from mental stress. The depression or stress utilizes the chemicals of the brain quiet faster, which results into low memory. The stress is a starting stage of depression. Serotonin is the major neurotransmitter in our body and in maximum cases of depression there is disturbance in serotonin.

There are lots of chemicals (in medications also) and toxins which can cause low memory or memory loss. The regular use of alcohol and drugs are also involved in blocking or damaging receptor sites.

There may be some genetic factor involved in the issue of low memory, as maximum of the brain is inherited by parents. So, if there is a deficiency in the parent, there will be same with the child, because there will be less chemicals passed on to the child.

The age is also an important factor for low memory. With the age, the brain cells slough off with the faster rate, which results in decrease in stomach acid. The digestion decreases with age and so in the scarcity of amino acid, neurotransmitters formation get affected. Which will result in low memory.

Memory Support is an effective herbal formulation provided by Planet Ayurveda for ayurvedic treatment of low memory. It contains all the herbs which shows tremendous results to heal low memory problems.

Bacopa Monneiri is a best herb which can heal all kind of brain related problem. Its famous name is Brahmi and it enhances the memory, found in many of the memory tonics available in the market. Brahmi constitute many anti-oxidants which removes the toxins and provides nourishment to the blood cells. It increase the co-ordination of the nervous system due to which increase in the capacity of brain function increases. It also control anxiety of nervous system, which can be useful to the patient suffering from low memory.

Vacha is an herb used for formulation of various herbal medicines.  Acorus calamus is a scientific name of this herb and it is well known memory enhancer. Although, it has property of mild sedation but its memory enhancer property is very useful for low memory patients.

In the herbal treatment Convolvulus pluricaulis is listed as a very strong memory enhancer. It is also known for the property of memory retention power and increase in the concentration power. It also helps to fight against stress and anxiety. The low memory patients can use this herb to sharpen their memory and also to increase retention of their memory. It has been used by the doctors all over to cure nervous and mental imbalances.

Licorice is a common name of Gycerrhiza Glabra, used to cure memory problems and enhances the intelligence. It is also known for its sweet taste as it was observed 50% sweeter than sugar. Extensive research shows that it has anti-depressant properties along with positive effects on eyesight, cold, eczema, cankers and gastric ulcers.