What are the Health Benefits and Uses of Milk-Thistle Seeds? 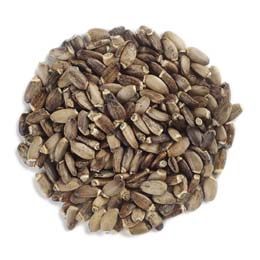 What is Milk-Thistle Herb?

Milk-Thistle Herb or Silybum marianum is herbal medicine which is useful in several disorders. It is one of the oldest herb and has proved its uses and benefits in treating numerous disorders. It is a flowering plant that comes from the same family of plants as the daisy. The herb is commonly grown in California, Southern Europe and other part of world which has warm climate. The extract of this herb is used to obtain the benefits of redeveloping cell. Different parts of the plant is used to treat various health conditions. The herb has antioxidant and anti-inflammatory properties. It is also a good detoxifier.

What is the Classification of the Milk-Thistle herb?

What is the Other Name of the Herb?

What are the Uses of Milk Thistle Seeds?

What are the Health Benefits of Milk Thistle Seeds?

How is Milk thistle beneficial in Liver Cirrhosis?

Milk Thistle holds hepatoprotective properties which guards the liver cells against the damage caused because of chronic alcoholism and toxins. The antioxidant property of the herb reduces the free radical production in the body. This is why herb is useful in Liver Cirrhosis.

How is Milk thistle helpful in Hepatitis?

The anti-oxidant property of the herb removes and reduces the free radical production in the body. This herb is useful in managing and treatment of Hepatitis A, B and C virus. The hepatoprotective effect of this herb is helpful in preventing the damage to the liver due to the side effects of some medications and additives and preservatives in the food.

How does Milk thistle Reduces the Cholesterol?

What are the benefits of Milk thistle in Cancer?

The herb has been proven to be very beneficial in the management and treatment of cancer. Milk Thistle has increased the chances of recovery of the patients who are suffering from cancer of the breast, ovaries, liver, colon, and the bladder. The herb can also reduce the risk of melanoma, which is a form of skin cancer.

How does Milk thistle boosts the immunity?

Milk thistle and its components of it have the potency and the properties to boost the immune system. Milk thistle's immunostimulatory effect increase the immunity of the body which gives strength to the body to fight against infections or the outer bodies.

Milk thistle has antioxidant, anti- viral and anti-aging properties promotes the healthy skin. The herb is also a good detoxifier which removes the toxins from the body due to which the quality of the skin improves also get rid of the skin disorders.

How is Milk thistle helpful in Weight loss?

Milk thistle has been used since years in controlling the weight by burning the extra calories. The herb is also a good detoxifier which removes the toxins from the body which manages and controls the gaining of weight. The laxative effect present in the herb is very beneficial in weight loss and increases the appetite.

How can be Milk Thistle used?