Chanca piedra is the Spanish name for Phyllanthus niruri. In other words, it means 'stone breaker' or 'shatter stone'. Bhumyamlaki is the Sanskrit name of the wonderful hepatoprotective herb Phyllanthus niruri. Due to its anti-hepatotoxic property, Phyllanthus niruri capsules are widely recommended to enhance the function of the diseased liver. Its roots, leaves, fruits and the whole plant is used as an herbal supplement. Phyllanthus niruri capsules contain standardized herbal extract of the whole plant, known as Bhumyamlaki or Bhumiamla. "Bhumi" means "earth" and "amla" are "small berries". Bhumiamla is a small plant growing on earth and having small berries. That's why the name Bhumiamla capsules. It is also called Bhumyamalaki.

According to Ayurveda, it is considered acrid, cooling and alexipharmic. Phyllanthus niruri capsules are useful in thirst, bronchitis, leprosy, anemia, urinary discharge, asthma and acts as a diuretic. It also improves immunity.

It is a widespread tropical plant commonly found in coastal areas. This plant belongs to the leaf-flower genus of family Phyllanthaceae. 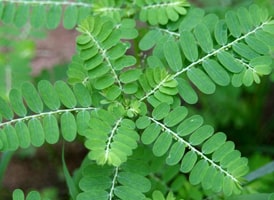 It is bitter, astringent and sweet in the post digestive effect i.e. vipaka and has cold potency i.e. virya. The herb alleviates kapha and pitta doshas and possesses light (laghu) and dry (ruksa) properties.

Dosage - It is recommended to take 1-2 capsules twice daily with plain water after meals.