Due to lifestyle changes and wrong eating habits, the incidence of chronic as well as acute disorders all over the world is increasing. People in western countries are looking for safe and alternative options for their treatment because their most advanced medical system is not capable of providing relief in such chronic disorders. 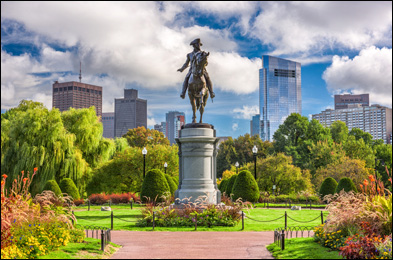 Recently the western world, particularly United States has become increasingly fascinated and interested in Ayurvedic medicine. There are various research institutes that are carrying out research into Ayurvedic practices.

Ayurveda is one of the world's oldest medical systems, with a history that goes back more than 5,000 years. Ayurveda retains its prominent position in the modern world as well as it is officially being recognized by World Health Organization (WHO) and enjoying a great popularity in western countries such as USA. The science of Ayurveda has been actively growing in Boston as well.

Planet Ayurveda is a firm believer of Ayurveda and many patients all over the world are getting benefited from our Ayurvedic products. Planet Ayurveda offers 100% natural herbal products developed under Ayurveda expert - Dr. Vikram Chauhan (MD-Ayurveda). The Planet Ayurveda is GMP certified, ISO-9001: 2008 export company and selling herbal supplements in USA, Europe and other countries.

Ms. Divna Shipovikj is a firm believer of Ayurveda. She was diagnosed with cancer. She was so depressed after fourth chemo that she decided to consult an Ayurvedic doctor. From a fellow patient, she heard of Ayurveda for the first time in her life. She consulted an Ayurvedic physician for her cancer treatment as she was not getting any relief. He prescribed her some herbal remedies and asked her for some changes in the diet. She continued with the prescribed Ayurvedic medicines and her oncologist was surprised by the speed of her recovery. She is completely fine now.

She is so impressed with this natural system of healing. She met Dr. Vikram Chauhan and joined Planet Ayurveda. She is very enthusiastic and shares the information about Ayurvedic products and its benefits for the people suffering from different health concerns.

Her story is published in many magazines such as Spirit of Change, Heartfulness and other.

All the herbal remedies of Planet Ayurveda are safe, effective and powerful which can destroy the diseases from their roots, ensuring that the risk of contracting the same disease is reduced significantly.

The role of Ayurveda in preventing diseases is important and significant. The Ayurvedic system of medicine aims at providing a holistic treatment of all the disorders by treating it on three levels - the body, mind and spirit. According to Ayurveda, this approach helps in tackling the disease from its roots and therefore helps to treat the disorder completely.

Ayurveda also recommends patients to make lifestyle changes in respect to their diet and exercise routines that ensure a long-lasting cure. So, the aim and principles of Ayurveda are to make a person healthier on all levels and boost their longevity.

Planet Ayurveda has a goal that people of Boston should also get the benefits of this ancient science and enjoy the health benefits of it.

So, it is very important that people of Boston to include common Ayurvedic products in their lifestyle such as Curcumin Capsules, Tulsi Capsules, Triphala Powder etc. to treat various kinds of illnesses and also to treat complicated health issues.