Spring is the time of colors, beauty, greenery, open sky, and chirping birds. New lives loaded with insects, flies, and other organisms are seen everywhere. We rejoice, cherish and starts moving out from our home to breath fresh. It is observable as sun shines, heat starts coming out from the surface of Earth. But as time passes, that heat joins with the birth of mosquitoes, flies and even pollen. Yeah in fact, the beauty has some darker side. However, rejoicing the nature cannot be avoided. But keeping eyes on other side, as heat blows, those hatred living identity surpass our health. However, we can make some proactive strategies to overcome such circumstances.

According to the world health organization (WHO), it is the most rapid and contagious disease of mosquito-borne virus. WHO has estimated 50 million people suffers from dengue fever worldwide, annually. Among them 70% has been observed in Asia (South-East Asia and Western Pacific Regions). The symptoms associated with the dengue fever has been classified in three different categories;

The advanced complications of dengue fever such as Dengue Hemorrhagic Fever (DHF) and Dengue Shock Syndrome (DSS) has fetal results and causes many deaths every year.

It is a mosquito-borne viral disease. There is a virus called DENV, which is a RNA virus. It grows inside our body. Mosquitoes Acedes aegypti and sometimes, A. albopictus, when bite that infected person, the DENV virus enters into mosquito through blood. When same mosquito bites other people, DENV virus enters in their blood and spreads in similar way to a population. Therefore, we have to keep our eyes on the mosquito and its growth. Generally, they stay in dark places, behind the curtains etc., and generally bite during dusk or dawn.

Where this Mosquito Acedes aegypti, comes from?

The vector generally breed on:

Dengue - Ayurvedic Point of View of the Disease

Dengue in Ayurveda is better known as "Dandaka jwara". It is also a type of "Vishama jwara" caused by the DENV virus which acts as the external causative agent. The etiopatogenesis of the disease is similar to that of Malaria except that Dengue is caused by an RNA virus while Malaria is a parasitic infection.

In case of Dengue infection, all the three body humors are disturbed leading to high fever, stomach ache and breaking pain in the spine. Dengue is also known as "Break bone fever" due to the same reason. The imbalance in all the three doshas affects the vertebral column making it stiff and rigid causing immense pain in it, hence the name.

An Overview of the Concept of Doshas

Our body is composed of the three body humors namely, The Vata, Pitta and The Kapha, these are the body energies that constitute the human body as a whole. The balance in these three doshas is very essential to maintain a healthy body and mind. These three body humors are again combinations of the five elements in different proportions that constitute the entire universe namely, Sky, Air, Fire, Water and Earth (Akash, Vayu, Agni, Jal and Prithvi).

It is to be noted that the predominant elements are not the constituting elements as Ayurveda believes that each and every state of matter on earth is made up of these five basic elements (PANCHAMAHABHOOTA). The differentiating factor in the attributes of the three doshas results from the prevailing elements of that particular body humor.

Coming back to Dengue fever, amongst the three doshas, Kapha (Kapha body humor) is the main predominant dosha and is responsible for the abdominal upset, persistent vomiting and headache. 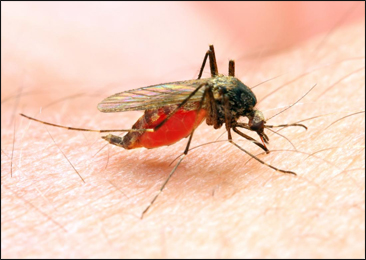 Malaria is a common and life threatening disease caused by a protozoan parasite, Plasmodium. It is one of the major infectious disease causing millions of humans death worldwide. Surprisingly, there are 350 to 500 million cases of malaria reported every year, worldwide. Again a mystical phenomenon of nature, a parasitic disease using a female mosquito, Anopheles, to invade human!

You don't have to be worry, once you have been bitten, who knows the culprit was male or female mosquito. But the matter of fact is that disease doesn't appear momentarily, it takes 7 days or may be longer to appear the symptoms. Aftermath, you may be about to get the symptoms of acute febrile illness like;

There are many biological and environmental factors responsible for malaria. In an endemic area, people are resistant to malaria but act as carrier of malaria. When these people enter in low frequency of malarial places, it causes malarial infection and spread in whole population.

The Climate affects both parasites and mosquitoes. Mosquitoes cannot survive in low humidity. Their survival rate exceed in rainfall. Temperature is a critical factor for the survival of Plasmodium parasites, they cannot grow below 60 degrees Fahrenheit (15° C).

An Ayurvedic view on Malarial Fever

In Ayurveda, fever is a broad term and implies to a condition involving raised body temperature which affects the psychological and physical make up of mankind.

Malarial fever has been grouped under the category of" Vishama jwara" i.e. fever with a varied onset, progression and timing. Malarial fever, in addition to this, occurs due to the malarial parasitic influence which an external factor is causing the development of the disease.

Etio - Pathogenesis of the Disease as Per Ayurveda

Tendency of the body (Weak immunity)

Prevalence in this Season

Malarial fever is prevalent in the summer months due to the rapid rise in the population of the mosquitos. With the approaching rainy season, as the temperature moderates and humidity rises in the atmosphere, the mosquitos breed in large numbers to spread all kinds of mosquito borne infections. This is the external causative factor as explained above in the flow chart. This in combination with the bodily factors leads to the development of malaria fever. 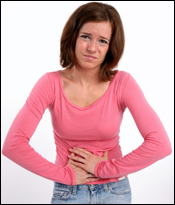 Spring-summer season provides the optimal conditions for the growth of various bacterial strains such as Salmonella, Campylobacter, Shigella, Yersinia; viruses; rotavirus, nor virus, parasites; Cryptosporidium, Giardia, and bacterial toxins like from Staphylococcal bacteria.

Theses microbial invasions produce many problems in our GI tract and symptoms on gastroenteritis are revealed as an illness by infection/inflammation of the digestive tract, which is characterized by

How does it Spread?

Who is at Risk?

It can happen to anyone from children to adults to elderly people. One has to make sure that where he or she is living or travelling should not use inadequately treated water, or eat food washed with contaminated water.

What are the Preventive Measures?

All we need is hand in hand corporation to pass the message and awareness among people, not to ignore the significance of water treatment, using sanitizers and cleanliness. So you may look up to

Gastro enteritis can be compared to "VISUCHIKA" disease as explained in the classical texts of Ayurveda.

Ayurveda considers that gastroenteritis results from low digestive fire (mainly Jatharagni) which leads to indigestion. The undigested food here leads to the development of toxins (AMA) in the body. Gastroenteritis is therefore a disease that develops as a result of indigestion and accumulation of toxins in the body as a byproduct.

Prevalence in the Spring Summer Season

Gastro enteritis is a disease that normally affects people in the changeover period of spring and summer seasons.