Stress Leads To Many Diseases

Physiological or biological stress is an organism's response to a stressor such as an environmental condition or a stimulus. Stress is a body's method of reacting to a challenge. In humans, stress typically describes a negative condition or a positive condition that can have a detrimental effect on a person's mental and physical aspects of health. 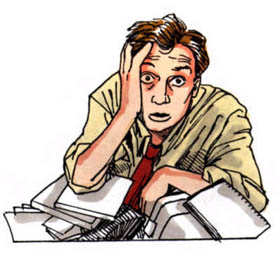 Anxiety neurosis : Anxiety is a common clinical disorder characterized by extreme distress and agitation, often occurring without any obvious cause. It should be distinguished from phobia (fear with reason). It is a normal response in stressful situations, but frequently experienced in many mental disorders.

Patient suffering from anxiety neurosis can present with chest pain, palpitation, excessive perspiration (sweating), restlessness, excessive alertness, alternating hope and despair. A patient with anxiety is irritable, roam here and there, and confusion. They feel much inferiority complex in their mind. Many patients suffer from diarrhoea, impotence, premature ejaculation and hypertension. Ashwgandha has significant anti-anxiety activity. One teaspoonful of Ashwagandha-churna, thrice a day is good for reducing anxiety and producing sleep. Most of the cases do not require any medication, reassurance and counselling are sufficient for the cure. Drugs are indicated in advance cases.

Depression can affect anyone at anytime, and it doesn't just impact upon the depressed individual. Almost everyone has been affected by depression in some respect. There are many factors that can lead to attack of depression and treatment requires rational approach.

Some individuals are at more risk for developing depression particularly people with a family history of depression, a pessimistic life, a history of abuse, a serious medical illness like cancer or heart disease, family problems and unemployment. Exact cause of depression is not known but according to researchers, when neurotransmitters (chemicals present in the brain) are not working to full potential the consequence is depression.

A patient with severe depression usually experiences severe disturbances in appetite and sleep patterns. This person usually complains of having no appetite often weight loss is seen, but in some cases, depressed person craves carbohydrates and sweets and thus gains weight. Change in sleep patterns like difficulty going to sleep at night, wake up during the middle of the night and early morning awakening is common. Some depressed patients experience lack of sleep or excess sleep. Patient may experience bodily aches and pains such as headache or migraine. There is loss of memory, isolation from surroundings and social phobia.

Jatamansi is the herb used for alleviating symptoms of depression. Masya-adi-quatha, six teaspoonfuls (30 ml) is helpful in treating depression. It should be continued for six months. Tagara half teaspoonful (2.5g), twice a day with water has sedative activity. The drug should not be used for prolonged treatment as it has adverse effect on the liver.

The Russian scientist Lazarev coined the term adaptogen in 1947 to describe substances that increase the body's non-specific resistance to stress. According to Lazarev, an adaptogen is an agent that allows the organism to counter adverse physical, chemical or biological stressors by raising non-specific resistance towards such stress, thus allowing the organism to 'adapt' to the stressful circumstances.

The concept of adaptogenic action was further elaborated by Brekhman and Dardymov some 20 years later. They put forward specific criteria that a substance should meet in order to be regarded as an adaptogen, namely that the substance should.

The mode(s) of action of adaptogen is not fully understood, but considerable amounts of evidence suggest the involvement of effects mediated by the pituitary and the pituitary-adrenal axis. Specific pharmacological actions frequently found in adaptogens include antioxidant, anti-cancerogenic, immuno-modulatory, hypocholesterolaemic and hypoglycaemic.

In experiments, Ashwagandha prevented milk-induced leucocytosis. Ashwagandha has been shown to protect against the development of stomach ulcers that can follow from aspirin or stress as well as able to increase significantly the time before exhaustion in swimming mice. Although Panax ginseng is considered a powerful adaptogen, several studies have shown ashwagandha to be superior to Panax ginseng as an antistress adaptogen.

Traditional use has attributed a wide variety of properties to sacred basil. These include rejuvenating, tonic and vitalizing properties that would contribute to longevity and a healthy life, as well as anti-septic, anti-allergic and anti-cancer effects. In view of pharmacological evidence showing sacred basil to possess multiple pharmacological effects including immuno-modulating, anti-stress, hepatoprotective, chemopreventive, and anti-inflammatory, the plant can appropriately be classed as an adaptogen. 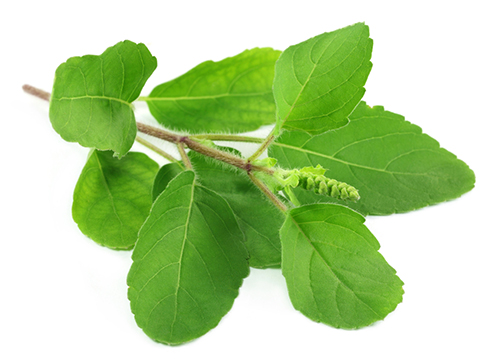