What are the Health Benefits of Valerian (Valeriana Officinalis) Herb ? 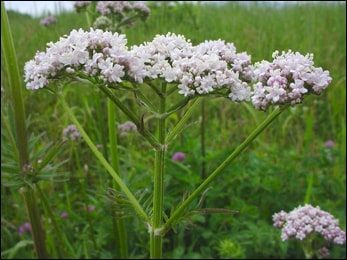 Valerian is an Ayurvedic herb which has been used in Ayurveda for the treatment of various body disorder, especially for insomnia. Mainly the roots of Valeriana officinalis has been used for the treatment of body ailments. The herb helps to overcome the anxiety and make it easier to go for a sound sleep. The natural extracts and oil from Valeriana officinalis herb are used as flavoring agent in foods and beverages.

Valerian is a perennial flowering plant native to Asia, North America and Europe. It is also known as garden heliotrope. There are more than 250 species of Valeriana but Valeriana officinalis is the most used species. Valeriana officinalis is an herbaceous plant growing up to the height of 0.5-1.5m. The herb grows from a small rhizome and has fibrous roots. The flowers are sweetly scented pink or white in color and up to 4mm long. They appear in the month of June and August. The basal and stem leaves are oppositely arranged but similar in appearance. The leaves often contain hairs on their underside. The fruits are small and lanceolate-oblong in shape.

What are the Chemical Constituents of Valerian?

There are three main chemicals which are thought to be a bioactive compound of Valeriana: the essentials oils (valenol, valerenic acid), valepotriates (iridoids), and alkaloids such as (actinidine, shyanthine, chatinine, valerianine, and valerine). The herb also contains beta-sitiosterol, urosolic acid, 3'-dimethoxyl-dibenzyl-ditetrahydrofuran caryophyllene acide, valerane, naphthalene, linoleic acid, ethyl ester, and myrtenyl acetate. The herb is also rich source of isovaleric acid, hesperidin, and linarin which act as antioxidants.

What are the Medicinal Properties of Valeriana Officinalis (Tagara)?

What are the Health Benefits of Tagara?

The roots of Valeriana act as a mild sedative which has been used to promote the sleep and relaxation. It may improve the sleep by increasing the release of GABA a neurotransmitter. GABA binds with the receptors in the brain and automatically give the signal to the body for sleep. The lower level of the GABA in the body cause short and long-term stress which is directly linked to the poor sleep.

The valerian herb inhibits the uterine muscles contraction. Due to this property, it prevents the uterine cramp which is associated with painful periods.

Adults with a major depressive disorder such as anxiety found that regular consumption of dosage of Valerian, may decrease the level of anxiety and stress by 60%. The chemical constituent such as valerenic acid plays a vital role in decreasing the anxious behavior. The decrease in GABA level is the main reason behind stress in the human body. Valerian improves the level of GABA and also slowed the heart rate and reduce the high blood pressure during stress. It also reduces the level of stress in the body by maintaining the serotonin and norepinephrine level in the brain which is directly associated with fear and anxiety.

The same chemical constituents of Valerian, which helps to reduce anxiety and stress, can also help the body to maintain the blood pressure. High blood pressure increases the chance of heart attack and stroke.

The roots of Valerian helps to reduce the frequency of seizures occurring in epileptic patients. Epilepsy is the fourth most common neurological disorder. Due to its sedative effect the herb act as an antiepileptic treatment.

The dried valerian roots can improve the mental ability and also enhance the memory of children. Valerenic acid in the herb helps to increase the problem-solving skills and memory performance in both adults and children.

How to use Valerian Roots? 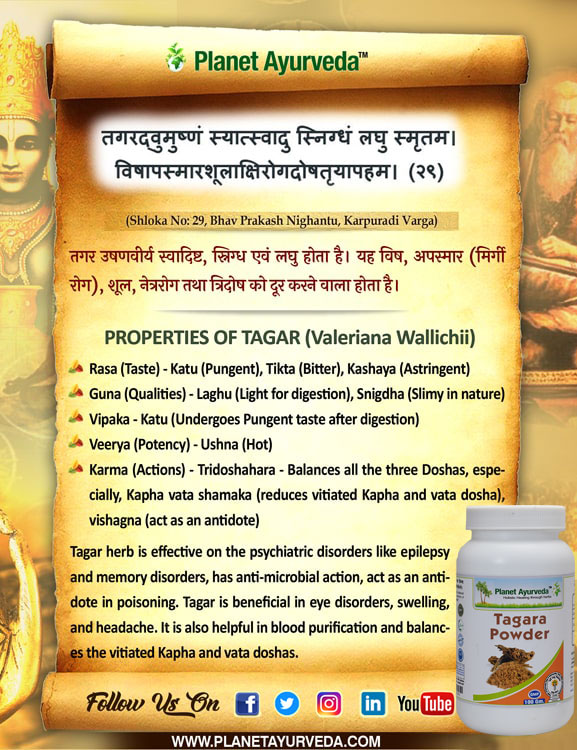 What are the Side Effects of Valerian Herb?

Valerian commonly has no side effects. It can be safe when taken for a short period of time. The excessive consumption of valerian for long times can lowers down your blood pressure level.

Valepotriates, a chemical compound found in herb show some toxic effect but not carcinogenic.