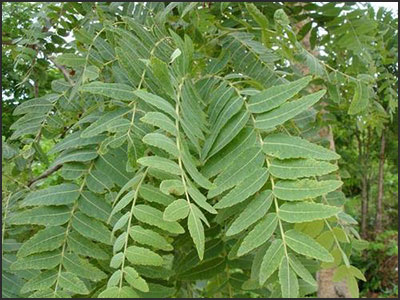 Boswellia serrata known as salai is a plant that produces Indian frankincense. In Sanskrit, it is known as Shallaki. It is a famous herb mainly used for the treatment of osteoarthritis and muscular pain. It is mainly used as a pain killer. It is a tropical plant belonging to the genus Burseraceae. It is a moderate-sized flowers plants, both trees, and shrubs. As the plant produces fragrant resin and is used to make frankincense. Boswellia is a traditionally used medicine which plays an important role in Ayurvedic medicine.

Boswellia floribunda is also used in name of kunduru.

In Ayurveda, Shallaki is extensively used in the treatment of painful joint diseases and other inflammatory conditions in joints. Due to its anti-inflammatory activity has been used in the formulation of medicines. Its resin exerts multidimensional anti-inflammatory effects. Shallaki preparation is recommended for the free mobility of joints. Boswellia is effective in rheumatoid arthritis and some other chronic inflammatory diseases bronchial asthma, osteoarthritis, ulcerative colitis, and Crohn's disease. Boswellia serrata also act as an alternative to of NSAIDs

Boswellia has potent anti-inflammatory properties. It prevents swelling in the joints and prevents the cartilage to be broken. Hence it is effectively used in osteoarthritis. It also helps in the inflammation of joints.

Boswellia acts upon the autoimmune system of the body. Because of its anti-inflammatory property, Boswellia helps in the treatment of rheumatoid arthritis

Various inflammation of GI tract that is gastrointestinal tract is treated with Boswellia. As Anti- Boswellia has anti-inflammatory actions. It works in inflammation of intestines, ulcerative colitis or chrons disease.

Boswellia naturally heals the external wounds and bruises of body, as well as internal wounds like in case of hemorrhage.

Boswellia reduces leukotriene's which causes contraction of bronchial muscles, thus reducing the severity and onset of disease asthma. It is also used in other bronchial inflammatory diseases. This also effective in symptoms like cough and breathing disorders.

It is beneficial in female reproductive health. It promotes normal congestion in the uterus, comfortable menstruation, enhances normal circulation in reproductive organs of females.

Boswellia helps in healing the damage and destructed connective tissues. This aids in maintaining healthy skin and prevents wrinkles in old age.

Boswellia may be used as a potent aphrodisiac. It enhances sensual pleasure and sexual activities.

Boswellic acid prevents the cancerous growth of cancer cells. The acid prevents some enzymes from acting upon genetic material in the body. Research indicates that Boswellia may work in the advanced stage of breast cancer cells.  And will also limit the spread of malignant leukemia. In pancreatic cancer, it is also effective in nature.

According to modern medicine, Rheumatism is an auto-immune disorder in which the antibodies affect all body joints leading to pain and inflammation. In some patients, it is so severe that the patient develops deformities and the pain is severe. In the beginning usual treatment with Non-steroidal anti-inflammatory drugs is given, which has its own drawbacks. But later the pain worsen and disease gets uncontrolled and then the Disease modifying agents called DMARDS, Immuno - suppressants,(Gold, Chloroquine, Salazopyrin, Methotrexate) and Steroids like Prednisolone and Wysolone are given.

All these medicines have their own merits and demerits.This causes many side effects if used for a long time like gastritis, peptic ulcers, bone marrow depression, anemia, weakness and so on. Boswellia and Curcumin are the scientifically studied herb for their role in Rheumatoid arthritis. They work like Disease modifying agents, immune-modulators rather than immunosuppressant's and control the pain, swelling and inflammation quickly. The combination of Ayurvedic herbs does not cause any side effects and is safe for long term use. According to Ayurveda, the Ama (Endotoxins) cause Rheumatoid arthritis which is the accumulation of a toxic substance, which has nature of heavy, greasy, sticky things. The cause of morning stiffness in joints, stiffness in the back, especially during morning hours which goes away as the sun rises is mainly due to Ama. The cause of Ama formation is due to improper digestive fire. The latest research papers in modern medicine also conclude that the basic cause of formation of auto- antibodies or the peptides which forms the antibodies which attacks our own joints which lies in the internal lining of small intestines.  The main cause is chronic indigestion.