How Oil Pulling Can Help In Slow Down Receding Gums?

There is a big relation between oral health and overall health. Like all body parts the oral cavity is also prone to bacterial growth and as the oral cavity is the entry point for the respiratory as well as digestive tract so these bacterias may enter both these systems and lead to various diseases. Thus it is important to maintain oral health. Most usually the natural defense of the body along with good oral health keeps these bacterias under control. But sometimes after complete oral care bacterias may grow up to such an extent that they lead to some diseases of the oral cavity. One such condition is Receding gums about which we will discuss in  this article. Also we will discuss the process of oil pulling and how it helps in slowing down receding gums. 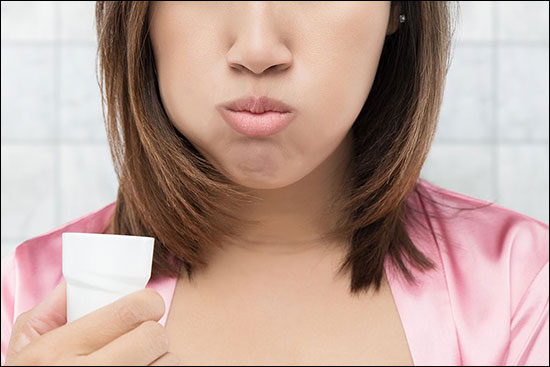 Oil pulling is one of the ancient procedures in which one wishes the oil in the mouth for removing bacteria and to promote overall oral hygiene. Recent studies recommend that oil pulling helps in killing bacteria in the mouth and maintains oral hygiene. The benefits of oil pulling depends upon the oil used for it and in this we can also use other liquids instead of oil. So various liquids used in oil pulling procedures depend upon different types of oral conditions. Further in this study we will discuss its Ayurvedic view and the benefits of oil pulling.

The above mentioned liquid can be mixed with kalka that is a herbal paste as mentioned in types of oil pulling. The liquid used can be raw or cooked and the temperature must be normal that is easy to keep in mouth.

Mostly Used Liquids For Oil Pulling In Practical Use

Method Of Oil Pulling As Per Ayurveda

Following is exact method for oil pulling as per ancient science:

Till now we studied about what is oil pulling, now we are going to discuss how it helps in receding gums.

Before studying how oil pulling is effective in receding gums let’s discuss what actually the term receding gums meant. Receding gums is the condition in which the gums surrounding the teeths wear off and expose the teeth up to its root. The gum recession leads to formation of gaps or pockets between the gum line and teeth which makes the bacteria buildup easier. If this is left unmanaged then it will damage the tissue and bone structure which surrounds the teeth and cause severe damage which at last results to tooth loss.

How Oil Pulling Is Beneficial For It?

Oil pulling is one of the ancient procedures in which one swishes the oil in the mouth for removing bacteria and to promote overall oral hygiene. As per Ayurveda oil pulling includes two procedures that are Gandusha and Kavala. Receding gums is the condition in which the gums surrounding the teeths wear off and expose the teeth up to its root. The main cause behind receding gums includes accumulation of bacterias and plaque formation. The oil pulling with certain anti-infective, antiinflammatory and antioxidant liquids helps in alleviating bacteria from the mouth and heals the infected gums with anti-inflammatory and antioxidant properties. So without worrying you can use Oil pulling if you have receding gum problems. Also you can use oil pulling in cases such as burning sensation in mouth, mouth ulcers, tooth weakness, relieving tingling sensation, dryness of the mouth, bad smell and alleviating distaste from the mouth.