How to Manage Metabolic Disorders? 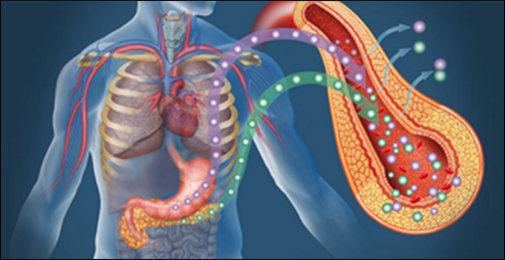 Chemical reactions which go in the body generate the energy that helps in carrying out all the body functions smoothly. Some of them are:

Metabolism is an organized group of chemical reactions but complex too. There are constant processes of production, usage; transportation and excretion are going on in the body. All these things become possible only due to the enzymes which act as a catalyst in these reactions. When these processes fail there occur imbalances of the essential substances in the body, either they are too little or too much in the body. The body needs certain proteins and amino acids to function normally like brain requires sodium, calcium, and potassium. All these things are needed to generate electrical impulses in the brain and maintain the healthy functioning of the nervous system. A metabolic disorder can be manifested in various forms like:

Some of the Most Common Metabolic Disorders

Diabetes is the most common type of metabolic disorder. It has spread worldwide with the passing time. Diabetes is of two types, type 1 and type 2.

This increase in blood sugar level if remains for a long time then it can result in various health ailments and complications like:

This is a type of metabolic disorder in which there occurs an inability of the body to break down a certain type of fat. It leads to accumulation of the fat in liver, bone marrow and spleen. Accumulation of fat in bones results in weakening of the tissues of the bones which ultimately increases the risk of fractures. Interference of this disease with bone marrow can affect the body's ability to clot normally.

In this, there occurs abnormality in the ability of the body to produce a certain enzyme, i.e. phenylalanine hydroxylase. This results in musty dour in the skin, breath or urine, retardation of the mental ability, organ damage, abnormal posture, etc.

This metabolic disease hinders the metabolism of some specific amino acids which results in degeneration of the neurons. It is a very deadly disorder which if not treated can lead to the death of a child only a few months after birth.

In this, there is a defect in the transportation of the galactose and glucose through the lining of the stomach that causes severe diarrhea and dehydration. Symptoms of this disease can only be controlled by removing certain things from the diet like sucrose, lactose, and glucose.

In this metabolic disorder, there occurs excessive accumulation of the iron in major organs and results in diseases like heart disease, liver cancer, liver cirrhosis, and diabetes. It's only management in conventional medicine is phlebotomy, i.e. removing blood from the body.

Other than these there is a long list of other metabolic disorders as well like Lipid metabolism disorders, metabolic brain diseases, acid-base balance, malabsorption syndromes, porphyrias, metabolic skin diseases, wasting syndrome, etc.

Metabolic disorders are usually present at birth time and can be detected by proper screening. Commonly at birth, the symptoms are not present and hence diagnosis can be missed. They are usually diagnosed in adult age when signs and symptoms start to appear. Specific DNA testing and blood tests are helpful in diagnosing these ailments.

Usually, these are managed instead of being treated in the conventional system of medicine as there are no specific medicines for them to be corrected. However Ayurvedic system of medicine offers certain herbs that can help in managing and treating the signs and symptoms that trouble the patients suffering from these metabolic disorders.

Ayurveda is the more reliable system of medicine to have opted for these chronic troubles as even in long run herbal medicines are completely safe to take.