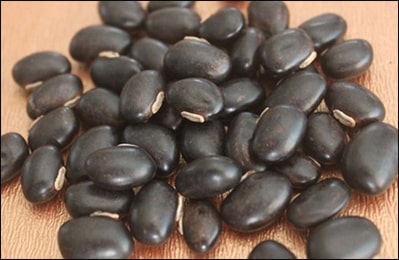 What is Kaunch Beej?

Kaunch beej herb is used in Ayurveda for various medicinal purposes. In Ancient time it is used for ailments like impotency, sexual debility, infertility, aphrodisiac activities, and neurological disorders etc.

Other Names of Kaunch Beej

The other name of Kaunch beej are mentioned below:

The medicinal properties of Kaunch beej are mentioned below:

According to Ayurveda - Medicinal Properties of Kaunch Beej:

What are the Indications of Kaunch Beej?

What are the Uses of Kaunch Beej?

Yes, Kaunch beej seeds are beneficial in all types of digestive disorders due to its nutritive qualities.

These seeds contain levodopa that is a precursor of the neurotransmitter dopamine. Dopamine plays important role in cognition, sleep disorders, involuntary movement, mood, learning, and working memory. Due to which it is good for the central nervous system.

These seeds act as a tonic. It supports the Skhura dhatu (the reproductive tissue) as per Ayurveda. These seed are an aphrodisiac, maintain sexual energy and libido. Kaunch seeds also maintain normal fertility, causes proper functioning of a reproductive organ, maintain the health of ova and sperm.

The presence of amino acid L-Dopa increases the production of Human growth hormone that strengthens the body and increase muscle mass.

What are the Side Effects of Kaunch Beej?

There are many side effects of these seeds mentioned below:

Avoid consumption of these seeds during pregnancy. It sometimes lowers down sugar level so always take Kaunch beej powder in the supervision of a medical practitioner.

Persons having excessive androgen syndrome should avoid use of these seeds. In Parkinson's disease always take Kaunch beej powder under the supervision of a doctor.

Planet Ayurveda's Product which Contain this Herb as an Ingredient

The seed of this herb has been used in Ayurveda since many ages because Acharya's has mentioned in Ayurvedic texts that it balances the vata dosha and is a natural aphrodisiac. This Ayurvedic formulation has immense health benefits like it treats Vata related various neurological conditions. The amino acid L-dopa present in this powder controls the symptoms of Parkinson's disease. It also improves the nerve strength and immunity of the body. It is also useful in amenorrhea and in males it enhances the sexual power as well improves the quality and quantity of semen because of its aphrodisiac and heavy properties. Intake of this Kaunch Beej powder balances the vata dosha thereby decreases the joint pain. In breast feeding mother it is given to maintain the lactation. L-dopa present in it also inhibits the overproduction of prolactin hormone and prevents the growth of cancerous cells. Thus, it is helpful in slowing down the chances of spreading breast cancer. This powder can also be used in worm infestation.