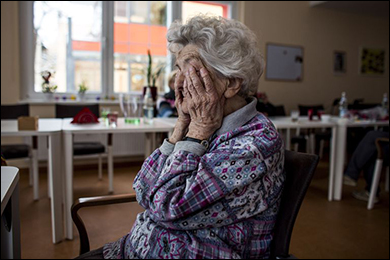 People suffering from mood disorders have always an unstable state of emotion, which remains unaffected from surrounding circumstances. Organic mood disorder affects both the mood and emotion of the suffering individual. The certain physical problem in the brain might trigger these organic mood disorders. It is of two main types, one involving an extended period of depression and other involving depression, mania and then state of remission. This is a vicious cycle that goes on. These disorders may develop various consequences in the future. However many programs of psychotherapy have been developed for the treatment of different types of an organic mood disorder but none of them proved to be much helpful to the patients. But as causes of these disorders are becoming obvious, more options for better treatment is being developed. These disorders may interfere with the person's ability to work from day to day life.

There can be a feeling of extreme irritability, days of depression which alternates with excessive happiness, i.e. mania. Some anxiety disorders can also be the result of mood disorders in their later stages. People suffering from mood disorders may have a high risk of suicidal tendency.

What can be the Types of Organic Mood Disorders?

What can be the Causes of Organic Mood Disorders?

Chemical imbalances in the brain are the cause of these organic mood disorders, just like other mental disorders. Certain instances of past and environmental factors can lead to aggravation of these organic mood disorders. Outside influences can worsen the condition of the patient. These outside influences can be like extreme or persistent stress, certain situations which give person an emotional setback. Knowing the cause of the disorders more clearly can help in dealing with them and developing methods to treat these disorders.

What can be the Symptoms of Organic Mood Disorder?

Usually, the symptoms will vary depending upon the type of disorder a person is suffering from. But some the common symptoms are listed below :-

As per Ayurveda there are three doshas which govern the body functions and any imbalance in these doshas can lead to the formation of disease in the body. Vata is the main dosha which becomes vitiated in these disorders. This vitiation of Vata leads to an imbalance of neurotransmitters in the brain leading to organic mood disorder.

However there are certain herbs which help in restoring the balance of Vata and treats the disease. Hence it is the most natural and specific way to eradicate the root cause and treat the disease successfully.

Planet Ayurveda is one of the renowned Ayurvedic clinics which have come up for the rescue of Organic mood disorder sufferers in a completely natural way. The herbal remedies are completely natural and made from herbs of the best quality. No chemicals, additives, dye, fillers or artificial preservatives are added to these formulations. These are purely vegetarian herbal remedies and not tested on animals.

These herbal capsules are a combination of various herbs like Brahmi, Ashwagandha, and Tagar. These herbs have a specific action on the brain. These capsule help to build up the ojas in the body and balance the Vata dosha that leads to a balance of emotions and mood of a person. Stress support capsules especially act on the nervous system and prevent damage to it due to excessive stress. It also helps to control anxiety and calms the mind.

It is a blend of wonderful herbs which have therapeutic action on the brain. Ashwagandha, Shweta and krishnajeerak, Vacha, Ajmoda, Marich, Sonth, etc. are the herbs which have been used in the preparation of this herbal churna. Medhya churna is an effective herbal remedy that treats the symptoms of the organic mood disorders effectively.