Dr. Vikram Chauhan's OPD is available on Monday & Tuesday Every Week. Our Team of Ayurveda Experts is Continuously Available to Guide You. Video Consultations with Planet Ayurveda Experts are also available. Click here To Book Your Slot Now !! 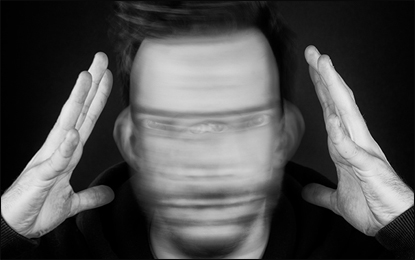 Nowadays human beings work like a machine. They do not take proper rest. Due to which they are suffering from physical and mental fatigue. People suffer from different mental disorders. Schizophrenia is one of the mental disorder which is common all over the world. About 1% of adults suffer from this problem. It is characterized by distorted thinking, abnormal behavior of individual.

What are the Schizophrenia Signs and Symptoms?

Schizophrenia Symptoms may vary from person to person. The common Schizophrenia signs and symptoms are explained below:

The symptoms are categorized into three categories:

People with positive symptoms may lose their belief in reality. Symptoms may include:

In this there is disruptions to normal emotions and behaviors. Symptoms may include:

What are the Schizophrenia Causes

The exact cause of Schizophrenia is unknown. It may be due to several factors which are given below:

As per Ayurveda, Schizophrenia is known as Unmaad. It is similar to atatwabhinivesh in Ayurveda. According to Ayurveda there are three physical energies (vata, pitta and kapha) are responsible for healthy life. Imbalance of any psychic energies (satva, raja, tama) supported by imbalance of physical energies (vata, pitta, kapha) are believed to cause various mental disorders like schizophrenia. According to Charak, the person who has vitiated doshas evade the person's brain whose mind is under rajasik and tamasik influences and block channels of mind and nerve impulses. It affects the functioning of brain and intelligence. In that case person fails to differentiate between real and imaginary world. To manage Unmaad there are many herbal formulation present in Ayurveda that detoxify and clear the blockage in brain. These products act naturally and have no side effects.

Management of Schizophrenia in Ayurveda

Brahmi capsules are the wonderful herbal formulation of Planet Ayurveda and are quite effective to manage the brain disorders. These capsules are 100% pure and prepared from the pure extracts of herb Brahmi (Bacopa monnieri).

Brahmi (Bacopa monnieri) is the herb, used in the formulation of Brahmi capsules. This herb has the great medicinal importance from ancient times. It helps to manage various neurological problems.

Medhya churna is powder formulation by Planet Ayurveda. This is 100% pure and natural product free from any side effects. It is an amazing blend of various herbs which are given below:

Herbs used in the formulation of medhya churna are packed with amazing properties like these support the good brain health and help to provide the relief in the symptoms associated with schizophrenia like depression, anxiety, lack of concentration, sleeping problems and hallucinations. This herbal formulation for schizophrenia by Planet Ayurveda is very effective to resolve the problem of psychosis and gives satisfactory results in patients.

This is special capsule that is a mixture of natural ingredients named as Ashwagandha (Withania somnifera), Tagar (Valeriana wallichii), and Brahmi (Bacopa monnieri).

It is also known as Indian ginseng.

It is also called Indian valerian belongs to family valerianaceae which is native to India, Nepal and China.

These are pure natural capsules that are obtained from standardized extract of herb Withania somnifera (Ashwagandha). It is cultivated in drier region of India. This herb is nontoxic that works to normalize physiological functions of neuroendocrine system.

Diet and Lifestyle to Manage Schizophrenia