Does the thought of spring remind you of Rhinitis? Why is it that you have to blow your nose around in spring alone?

Spring is the season for new beginnings, renewals and rebirth, the landscape itself forms the wellspring of life. It’s the time for the land itself to emphasise its paramount potential where trees are swaying, flowers blooming, insects buzzing and leaves unfurling all filled with actions ; it’s a new world out there.

Despite our constant detachment from mother nature, knowingly or unknowingly, we are deeply affected with signals which align us with these seasonal swaps. The upraised ecstatic feeling at spring is one such example.

Just as the natural changes in spring keeps us happy and motivated, spring is also the season for hypersensitivity and recurrent rhinitis in many. Often this season really becomes breathtaking for those susceptible to sinus infections and fosters a wide variety of allergies, including pollen allergy with escalated intense blooms.

Now imagine, if you would undoubtedly enjoy the blooms of spring without having to worry of your allergy, how wonderful would that be. You would be able to wholeheartedly get involved in all happenings of the spring.

Thankfully the right Ayurvedic management of seasonal changes will help you overcome the snags of spring. While attaining optimal health we can truly celebrate the gift offered by this season as well. 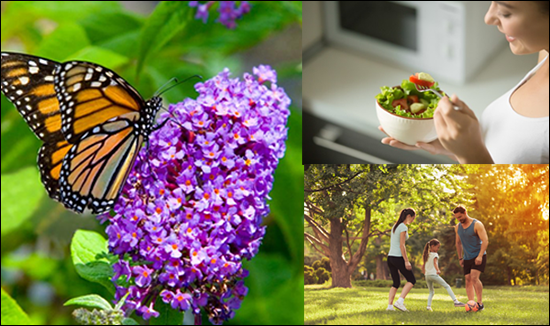 Doshic Status Of The Body

According to Ayurveda, the entire year is divided into a span of six seasons. Starting for Sisira (the first half of winter) and ending with Hemanta (the last half of winter).  During these seasons, there are natural physiological variations in the biogenesis of the body and it induces seasonal diseases in all individuals.

Vasanta ritu or spring season follows the winter. Winter seasons show accumulation of Kapha in all of us, and some of us might really feel that heaviness at the end of winters. Just as the spring melts away that layer of ice, so does it melt away the accumulated Kapha in the body, thereby showing its aggravation and exhibiting arrays of Kaphaja signs like running nose, sinusitis, allergic responses and hypersensitivity. Ideally the Kapha gets aggravated only to be eliminated.

With this surge in Kapha humour, the digestive fire also tends to moderately pace down, evoking the possibility of diseases. It is also essential to acknowledge that this phenomenon is totally normal.

So what can be done for this phenomenon?

Ayurveda explains Ritucharya as a set of rules to be followed in each season in terms of diet and regimen, to maintain optimal health and eliminate seasonal diseases. Hence with a seasonal diet and lifestyle that adds a little lightness and sharpness, we can support our physiology in its natural process to indent springtime renewal.

The culinary delights advised to be consumed by the classics, include, Barley and Wheat preparations that are easy to digest alongside, you may also include stone grilled dry meat as well.

Try to prefer pungent, astringent and bitter flavours over sweet or sour flavour while incorporating simple, light, warm and relaxing meals. It is the right time to revert to green leafy vegetables and you can consider including more artichokes, aspergers, legumes and sprouts in your diet. Springs bloom with enough fruity aura and you can include pleasant fresh fruit drinks to toss off the heat.

It is also important to avoid heavy foods, like; potato, sweet potato, red meat and hefty meals. In addition to heavy and greasy meals, avoid taking dairy products on an empty stomach. Curtail the tendency to snack between meals and  steer clear from ice-creams and popsicles as much as possible.

While emphasizing on the food varieties, it is equally important to focus your attention on the right regimen to reduce the overdose of Kapha dosha in spring.

Spring is the right time to socialise and involve with more people. According to the ayurvedic classics, it’s the right time to spend outdoors doing the activities that you enjoy. You can include small picnics at places, like; exotic blooms, profluent streams, gardens, melodies with chirpings of birds or have an enjoyable pack game with friends and family. To subside the aggravated Kapha, it is advised to get involved in mild body massages, either dry powder massage or Udvarthanam, as well as Abhyanga or oil massage.

Along with these, exercises can also help you to overcome the feeling of heaviness in the wet spring season. You can slightly push yourself with the exercise you choose, but please be mindful to consider your body constitution.  Keep your lungs expanded and your heart pumping.

More relaxing yoga postures and meditation techniques including Pranayama may also be adopted to calm your cognitive self. Spring is also a good time to get involved with sexual activities as it helps to lower the levels of surged kapha dosha.

Your Much Needed Detox

Apart from these methods, Ayurveda also emphasises on the need for seasonal evacuation of accumulated doshas to help frame a better body vigour. A total cleanse is an easy way to buffer your health and protect your wellbeing from coming months and beyond. Panchakarma is a set of five detox mechanisms used to purify the body. Of which Nasya therapy and Vamana therapy are most preferred in the spring season.

Nasya therapy involves the nasal administration of medicinal preparation to effectively remove accumulated doshas from the head and neck region. While Vamana refers to the process of stipulated, induced vomiting which triggers aggravated Kapha and lowers associated systemic complaints of the same. It is vital to undergo these therapies only under the guidance and supervision of trained Ayurvedic physicians and please do not try when you're unattended and without proper guidance.

The ordains of a spring time routine does vary from individual to individual. But we can all stand profited from simply orienting our inner self with the rhymes of the outer world especially in these seasonal swaps by adopting the aforesaid Ayurvedic diet and regimen in your life.

Let’s honour this season of rebirth by embracing your highest potential and celebrating the possibility to attain optimal health status while evoking that connection of you with the outerself.