What does Shatavari do for Fertility? 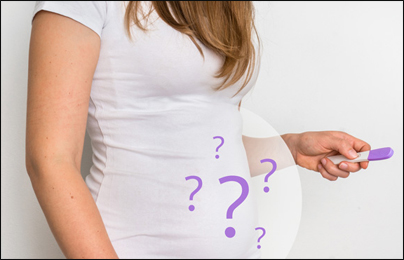 The incidence of infertility is on the rise due to lifestyle changes. Amongst the causes of female infertility, ovarian dysfunction contributes to 40% which includes anovulation which means the failure of the follicle development to release of an ovum.

Infertility primarily refers to the biological inability of the woman to conceive in the reproductive years. According to modern science, it may be defined as the failure to conceive after a year of regular intercourse without contraception.

The modern medical treatment for this condition is not satisfactory as well as burdensome financially.

Ayurvedic approach to the treatment of infertility is different as it also focuses on the psychological aspect of the reproductive health which results in the holistic solution to the problem.

What are the Causes of Infertility?

In a few cases, there is no detectable cause of infertility. All tests are normal but pregnancy cannot be established. This is known as unexplained fertility. Ayurvedic treatment is quite effective in these cases too.

According to Ayurveda, important factors of constituents of garbha (foetus) are:

In addition to these factors, the mental health of the individual is also very important.

What are the Causes of Infertility according to Ayurveda?

In our classical texts, Vandhya or infertility is considered as a symptom rather than a disease. Ayurveda has a much broader approach regarding this subject. Master Charak has clearly defined the Nidan of Vandhyatwa which is Yoni Dosha, Ahar-Vihar Dosha, Bala kshaya etc.

In Ayurveda it is stated that shukra dhatu can be affected by various physical, mental causes and serious diseases as well. The poor quality of Shukra Dhatu leads to infertility in both males and females.

The Ayurvedic ideal goes far beyond merely conceiving. However the emphasis is very much on creating a child who is physically, mentally, emotionally and spiritually healthy.

In Ayurvedic treatment, the root cause is addressed with the rejuvenating Rasayanas as in Ayurveda many herbs such as Shatavari are described which are helpful to procure fertility.

Treatment of Infertility with Shatavari Herb

Shatavari commonly known as Asparagus is found at low altitudes throughout India. Its dried roots are used as a drug and they act as a tonic. It is one of the most well known drugs in Ayurveda and highly effective in problems related to female reproductive system. Our ancient Ayurvedic texts Charak Samhita and Astang Hridyam list A. racemosus as part of the formulas to treat health disorders related to females. In Ayurveda, it is considered as a well-known Ayurvedic Rasayana to promote longevity, increase ageing, impart immunity, improve mental function, add vitality and also useful in nervous disorders, inflammation, hepatopathy etc. It has been successfully used by some Ayurvedic practitioners for nervous disorders as well.

Meaning: According to this shloka, Shatavari has a sweet and bitter taste, heavy in nature, cold potency, acts as rasayana, increases memory power, enhances digestive fire, keeps the body fit and healthy. It is also beneficial for eyes, increases sperm count, increases the production of breast milk in lactating mothers and provides strength to the body. It can also be used in case of inflammation, tumor and diarrhea.

Characteristics Features of A. racemosus

A. racemosus is a woody climber which grows up to 1-2 m in height. The leaves are small, uniform and resemble pine needles. Flowers are white in colour and have small spikes. Out of the several species of Asparagus grown in India, A. racemosus is most commonly used in indigenous medicine.

What does Shatavari do for Infertility?

The meaning of word Shatavari means 100 spouses which mean that this herb gives enough strength to the females making her capable of generating 100 healthy ova.

In Ayurveda, it is considered as a female tonic. In addition to the rejuvenating herb, it is beneficial in female infertility as it cures inflammation in the reproductive organs, balances the hormones, increases libido, and acts as a post partum tonic by increasing lactation.