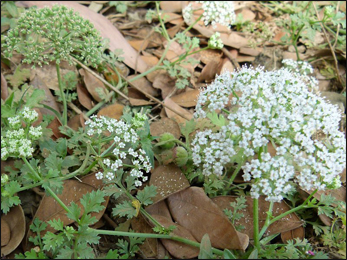 Ajwain Junglee is an herbaceous perennial plant sometimes woody at base with a conic type of taproots. Leaves are dark green in colour, leaf blades 1-3 pinnate covered with small and soft hair. Umbels of this plant are compounded, with absent or very less bracts. Flower are white or pinkish in colour and fruit of this plant is ovoid or ellipsoid in shape.

Seseli indicum is an herb that is distributed in the lower region of Himalayan range from Dehradun to Gorakhpur, Bundelkhand, Assam, Best Bengal and Koramandal.

According to Bhavprakash nighantu this medicinal herb is used to treat various disorders that are mentioned below:-