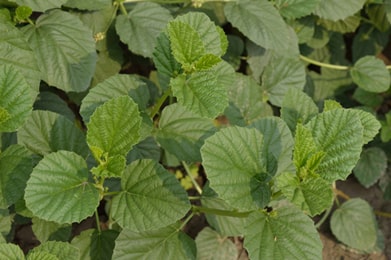 Plant is small, erect and annual herb growing up to 60-120cm high. Seeds of this plant is oblong, flat and brownish black in color. Seeds are kidney shaped with bitter taste and very unpleasant odor. This plant contains simple, rounded and mucronate leaves at apex. Flowers of this plant are yellow and bluish purple colored. Fruits are small about 5mm long and slightly compressed.

Bakuchi is an important herb used in the Indian medicine system from ancient times and still providing various herbal remedies to mankind. This plant is chemo-protective, anti-inflammatory, anti-oxidant and anti-microbial in nature. Most effective feature of this plant is that every part is useful because of its medicinal properties but seeds are most effective to cure various disorders. Seeds of this plant are anti-inflammatory, anti-bacterial, aphrodisiac, astringent, cardiac, cytotoxic, stimulant and diuretic in nature. It is kusthghan means leprosy destroyer. It is used to relieve various problems like leucoderma, skin rash and infections associated with skin. Plant also has blood purifying properties. Roots are used to cure various tooth disorders. Anti-microbial action of fruits is used to destroy disease causing microbes.

Habitat of the Plant

Bakuchi is widely distributed in the tropical and subtropical regions throughout world. It is native of china and South Africa. In India this plant is easily available in the plains. Especially it is found in semi-arid regions of India like Rajasthan, eastern part of Punjab and Uttar Pradesh. It is also found throughout Himalayan regions.

It balances vata and kapha dosha.

According to chikitsa sathan in Shushrut samhita, there are two types of bakuchi:-

According to this shalok avalguj, bakuchi, somraji, suparnika, shashilekha, krishanfala, soma, pootfali, kalmeshi and kusthghni are various synonyms of this herb. It is sweet and bitter in taste, pungent after digestion, aphrodisiac, relieves constipation and it has cold potency. It is appetizer and used to cure diarrhea, kapha roga and bleeding disorders. It has dry properties and used to cure heart disorders, asthma, leprosy, diabetes, fever and worm infestation. Seeds are used to pacify kapha and vata dosha and have bitter taste. Seeds are beneficial for hair and skin and also used in various disorders like worm infestation, asthma, cough, inflammation, indigestion and anemia.

Oil of this herb is very strong and excess use of this oil may cause skin discoloration.