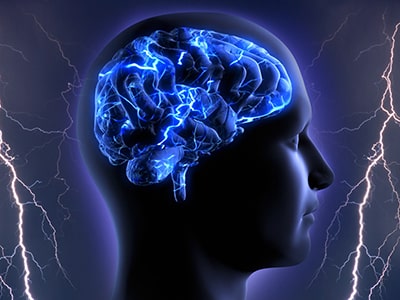 It is also known as falling sickness. Epilepsy is a neurological disorder that affects central nervous system in which activity of nerve cell in brain is disturbed. In this disorder seizures or periods of unusual behavior, sensations and sometimes loss of consciousness is occurred.

A seizure is a disturbance in the normal regulation of brain. It is the disturbance of electrical activity in brain. Seizure occurs when nerve cells or neuron send wrong message to brain. The symptoms of seizures can vary from person to person. Common feature is spreading wave of uncontrolled electrical activity.

THERE ARE TWO MAIN TYPES OF SEIZURES:-

It begins with abnormal electrical activity in just one part of brain. This activity can spread to other parts as well. It includes: simple partial seizure, complex partial seizure and secondarily generalized seizure.

In Ayurveda Epilepsy is known as Apasmara and the epileptic attacks are known as Akshpaka. According to Ayurveda, epilepsy is categorized into four types depending upon which type of Dosha is vitiated.

Symptoms vary depending upon the type of seizure. In most cases, a person with epilepsy will tend to have same type of seizure each time. So symptoms will be similar from episode to episode. Some common sign and symptoms may include:

WHEN TO SEE A DOCTOR

If you may have following symptoms occurs then you may seek a medical help:

The clear cause of epilepsy is not known. Typically the common known cause of seizure is some injury to the brain. Some of the main causes of epilepsy include:

If seizures are left untreated then it may be dangerous to yourself or others:

To diagnose this condition, doctor will review symptoms and medical history of patient. There are several tests to diagnose the cause of seizures.

These herbal capsules are obtained from standardized extract of herb Bacopa monnieri. It is small annual creeping herb which is found throughout India including Northern Eastern Region. The whole plant is used to make medicines.

These are pure natural capsules that are obtained from Withania somnifera (Ashwagandha). It is cultivated in drier region of India. This herb is nontoxic that works on nonspecific basis to normalize physiological function working on HPA axis and neuroendocrine system.

A) Ashwagandha (Withania somnifera) : It is also known as Indian ginseng.

B) Tagar (Valeriana wallichii) : It is also called Indian valerian belongs to family valerianaceae which is native to India, Nepal and China.

There are some guidelines in daily diet and lifestyle which are beneficial in the management of epilepsy. These are as following: