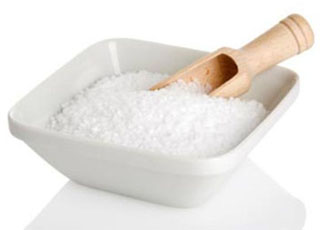 Sodium comes under the category of essential minerals which are important for a healthy body. Without sufficient sodium in body there is destruction in the neural and cellular functions. Majority of sodium we get in our diet is available in the form of sodium chloride (salt compound). In nature sodium exists in the form of many numbers of salts. Sodium plays an important role in the cellular function of body. It helps in the absorption of nutrients from digestive tract. It is also the one of chemicals which helps to develop the resting membrane potential.

Side Effects of too Much Sodium Intake

High levels of sodium result in health impairment. When Sodium accumulation occurs in the body it keeps the water to dilute sodium. Due to this amount of fluid increases in the surrounding cells as well as volume of the blood increases in the blood stream. Increased blood volume forces the more work for heart and extra pressure on blood vessels. This condition may lead to high blood pressure (hypertension), stroke and heart attack. Too much sodium intake also results in the damage to kidneys and bones.

Low sodium levels in the body are responsible for the entry of water into cells which results in the swelling of cells. When it occurs in the brain named as cerebral oedema which may lead to damage to brain. Hyponatraemia is the condition in which there is a sudden decrease in the blood sodium levels. Symptoms may include headache, impaired mental health, seizures, weakness, tiredness, and muscles cramps and reduced consciousness which may lead to death and coma.

How much Sodium do we Need?

Daily sodium consumption should not exceed 1.5g per day, which even includes healthy people who don't have cardiovascular complications, diabetes and high blood pressure.

For infants below age of one year sodium intake should be avoided as their kidneys are not mature.