What are the Medicinal Properties of Chamomile (Matricaria Chamomilla)? 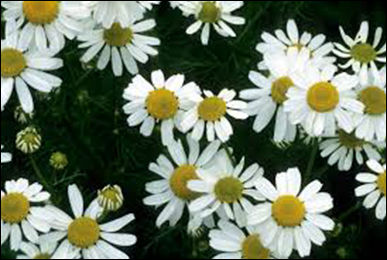 Chamomile is the ancient herb which has been used for medicinal purposes since antiquity. This herb has been used basically to calm down the anxiety and treat stomach troubles. It is a daisy like herb belonging to the Asteraceae family. This herb is native to Egypt, Germany, Italy, Spain, France, Eastern Europe and Morocco. It has many species but two of them are mostly used for making herbal infusion and teas. Chamomile is considereda safe herb and has been used to treat various health ailments, especially stomach ailments and insomnia. It has been used in Ayurveda as well as Homoeopathy in themedicinal form to treat various health conditions. Chamomile is full of medicinal properties. Dried flowers of this herb consist of flavonoids and terpenoids which imparts this herb with medicinal properties. Chamomile and its medicinal preparations are used to treat many health problems like inflammation, hay fever, menstrual disorder, ulcers, insomnia, wounds, rheumatism and its pain, gastrointestinal disorders and hemorrhoids. It helps to relieve troubling colicky pain. Many ways of using this herb medicinally are developed but the herbal tea is most popular which is taken by millions of people per day.

Chamomile's stem is hollow and erect. It is a small plant which grows to the height up to 8-16 inches. Its flowers resemble to those of daisy, bearing white collar around yellow cone shaped center. Leaves have bipinnate pattern and are feathery to touch. Chamomile has a sweet, pineapple fragrance.

Chamomile is basically from Europe but now due to its health benefits it has been naturalized in most of the world. This annual herb can be found growing in paths, fences, in areas that are well drained and have light soil.

The entire plant can be used, however the flower is usually used. It can be used raw in a salad or can be dried to be used in an herbal tea or may be used for bathing. Oil can be pressed out from its flowers.