How to Treat Spondyloepiphyseal Dysplasia Tarda (SEDT) through Ayurveda? 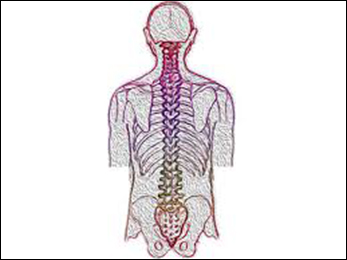 It is considered as a progressive disease which seriously affects the quality of life of patients. Early diagnosis is the key point in controlling this disease.

It is a rare disorder in which a patient suffers from short stature, short neck and trunk with disproportionately long arms and skeletal features such as barrel shaped chest, scoliosis, premature osteoarthritis and early arthropathy. The symptoms of this disorder are not visible until 6-8 years of age, hence it is known as tarda, meaning late. It mostly occurs in boys.

What are the Causes of SEDT?

In this disorder, there is a defect in the abnormal synthesis of a protein known as sedlin. This abnormal synthesis of protein leads to the manifestation of disease. The role of sedlin protein is that it transports the proteins between various cell compartments. The disease mainly affects epiphyseal growth. Epiphyseal involvement is primarily seen in shoulders, neck and hips.

What are the Signs and Symptoms of SEDT?

The characteristic finding of this disorder is growth deficiency that occurs before birth and this deficiency continues through childhood which results in disproportionate short stature. In most of the cases, certain symptoms are noticeable at birth (congenital).

What is the Ayurvedic Perspective on SEDT?

Considering all the pathogenesis and manifestation, Vata vyaadhi is considered as Ayurvedic diagnosis for this disorder. It is described in Ayurveda as Visham pramana, which is also a characteristic of Vaat vyaadhi.

Any abnormal synthesis is due to vikrit vata dosha (vitiated vata). Vata can be vitiated due to etiological disorders such as Margavarana (obstruction in natural course of vata such as normal distribution, synthesis of tissue elements etc.) and Dhatukashaya (depletion of body tissue). This vitiated vata can lead to various hereditary disorders. Therefore, Ayurvedic treatment for SEDT is on the line of management of Vata vyaadhi.

SEDT is diagnosed on the basis of characteristic radiological findings (X-rays).

In modern medicine, limited medical and surgical treatment is available which is also not very effective. Modern medicine prescribes non-steroidal anti-inflammatory drugs and various analgesics which provide symptomatic relief only. Patients are advised to avoid injury of the spinal cord and activities that involve the large joints. In severe cases, joint replacement is advised.

What are the Herbal Remedies offered by Planet Ayurveda for the Treatment of SEDT?

Planet Ayurveda offers SEDT Care Pack which is very useful for balancing Vata dosha and for providing strength to the bones and joints. 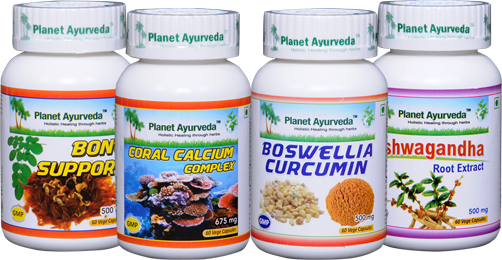 Planet Ayurveda's Bone Support Capsules contain the standardized extracts of various herbs that strengthen the bones, joints and improve calcium metabolism as well. These capsules also balance vitiated Vata dosha in the body and are very beneficial in the natural treatment of SEDT. These capsules are very effective for the degeneration changes in the joints associated with SEDT.

Coral Calcium Complex Capsules of Planet Ayurveda provide calcium in a natural way. This product is one of the finest mixtures of marine calcium which is quickly absorbed, gets easily assimilated and deposited in bones. These capsules are beneficial in the formation of strong bones and useful in skeletal deformities as well.

Planet Ayurveda's Boswellia Curcumin Capsules contain the standardized extracts of the two herbs Boswellia serrata and Curcuma longa. This product is one of the effective combinations of anti-inflammatory herbs that provide balance Vata dosha and provide relief in pain and stiffness associated with SEDT.

Ashwagandha Capsules of Planet Ayurveda contain the standardized extract of the herb Withania somnifera. Ashwagandha is a powerful herb that balances all the three doshas especially Kapha and Vata dosha. Master Charak, has categorized this herb under group of herbs that improve body mass and nourishment. These capsules are beneficial in neuro-muscular disorders. Therefore, these capsules are quite effective in SEDT.